For a while now I have been thinking of different ways to use the paranormal as a catalyst for deeper understanding in my teaching of A-Level Religious Studies (as well as using A-Level Religious Studies as a means to better understand the paranormal). I have found that my students are often fascinated by the paranormal, influenced in part, no doubt, by the prevalence of occult themes in contemporary popular culture (superheroes being a particularly vivid expression of this), and the kinds of urban legends and folktales that spread amongst students in schools and colleges. It is also likely that individual personal experiences of the paranormal play a role in fostering this fascination; strange dreams, sleep paralysis experiences, ouija board escapades and ‘Charlie-Charlie‘ experiments, for example. One particular entity that I have heard mention of on more than one occasion in Secondary School, College and University classrooms is the Slenderman.

The Slenderman is an intriguing denizen of the folkloric world who has emerged into popular consciousness in recent years. Indeed, what is most interesting about the Slenderman is the fact that we can trace back precisely to the day he was created, and even to the person who created him. As a point of fact, Slenderman was created on June 10th 2009 by Eric Knudsen on the Something Awful forum as part of a thread in which contribtuors were asked to make realistic paranormal photographs set in everyday settings. Knudsen produced two original images. In the most enigmatic (in my opinion) image we see children playing in a playground, and in the background glimpse the shadowy frame of a tall, slender figure lurking in the trees. There are hints of tentacles. 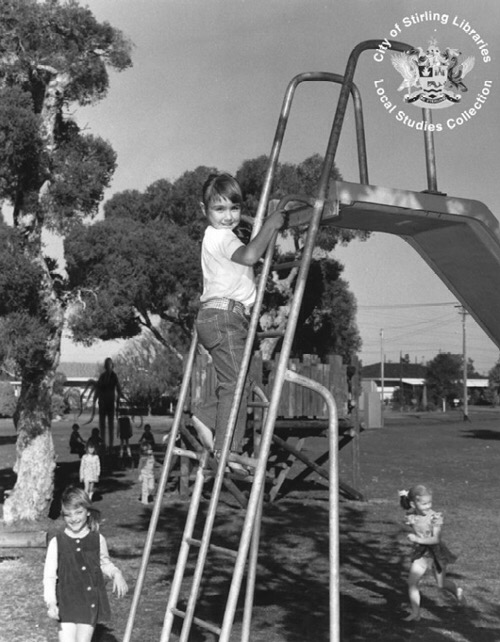 Something about Knudsen’s pictures captured the imagination, and it wasn’t long before Slenderman moved into the domains of fan fiction, YouTube videos and role playing games. A mythos emerged around him, the boundary between fantasy and reality thinned, and before long people were reporting seemingly real encounters with the Slenderman in dreams and other paranormal experiences. This rapid spiral of activity came to a head when, in Wisconisn in 2014, two young girls attempted to offer their twelve year old friend as a sacrifice to summon the Slenderman by stabbing her in the woods. Thankfully the girl survived. In just five years the Slenderman had grown from a photoshopped image to a fully fledged social fact, and his popularity only continues to increase.

When discussions about the Slenderman arise in the classroom they usually revolve around questions of existence and the power of belief. I have had numerous conversations with students who argue that the Slenderman has a history that extends much further back than 2009, and that he exists independently from the minds of participators in his mythos – a real supernatural being. Very often we will also talk about the concept of thought-forms, commonly referred to as Tulpas, and less commonly as egregores, and about how fictional characters can take on a life of their own if enough people believe that they exist. We have even discussed the Philip Experiment. Perhaps Slenderman is an example of just such an entity? Interestingly, many of these same points raised in discussions about Slenderman can also be raised when talking about the possible existence of God, and especially in the context of the Ontological Argument. 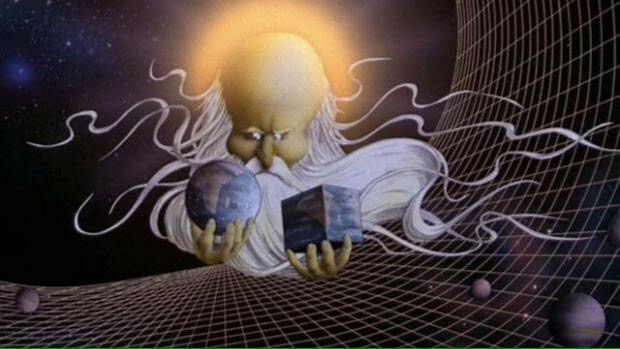 The Ontological Argument first appeared in a prayer written by St Anselm of Canterbury in the 11th-century. The basic argument suggests that God’s existence can be proven a priori through a simple process of reasoning. To begin, Anselm provides a definition of God as ‘that than which nothing greater can be conceived,’ and moves from this definition to suggest that a being ‘than which nothing greater can be conceived’ would have to exist in reality because if it only existed in the mind we could easily conceive of a greater being, i.e. one that also has external existence. Logically, then, if this definition of God is correct, God must exist in reality. In effect, like Knudsen and the creation of the Slenderman, Anselm can be said to be defining God into existence.

Fairly soon after the publication of Anselm’s Proslogion, a monk by the name of Gaunilo published a critique of the argument using the famous example of the ‘perfect island.’ Put very simply, Gaunilo basically argued that he could imagine and define a perfect island, and have a clear and vivid image of it in his mind, but that this does not mean that the island actually exists in consensual reality. We could substitute the island for anything – unicorns, vampires, fairies, Slenderman. Just because we can conceive of them doesn’t mean they’re real. Gaunilo also raised the problem of definition, namely how can Anselm be certain that he has the correct definition of God? If the definition is wrong, and it could well be owing to our inherent inability to fully understand God, then the argument automatically fails. Thomas Aquinas also offered a critique based on the problem of defining something we can never truly understand.

Anselm’s response to Gaunilo is to suggest that there is a significant difference between God and an island. Islands are contingent, they depend on other things for their existence – rocks, sand, palm trees – whereas God is a necessary being, not dependent on anything. This might be where Anselm’s Ontological Argument and Slenderman part ways, as I don’t think we could consider Selenderman a necessary being, but the Ontological Argument doesn’t end with Anselm. 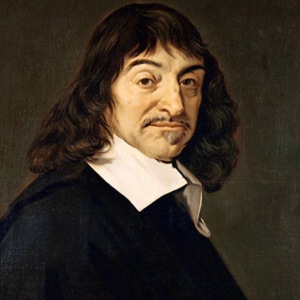 Another form of the Ontological Argument was put forward by René Descartes some 400 years later. His argument is very similar to Anselm’s to begin with, except that he defines God as a ‘supremely perfect being’ and suggests that actual existence comes hand-in-hand with perfection. In order to be the most perfect being God would necessarily have to exist, as a God that doesn’t exist is clearly not supremely perfect. This doesn’t really get us much further in understanding Slenderman, as we can’t say that Slenderman is a perfect being, but the next part of Descartes’ argument might shed a little extra light.

Descartes is famous for his sceptical approach to working out what things he could be certain existed. In his Meditations, Descartes came to the conclusion that the only thing he could be totally sure of was his own conscious mind, hence his cogito ergo sum – ‘I think therefore I am.’  Along with his certainty that his mind existed, Descartes suggested that he could also be certain of ideas that were clearly and distinctly perceived in his mind.

“But if the mere fact that I can produce from my thought the idea of something entails that everything which I clearly and distinctly perceive to belong to that thing really does belong to it, is not this a possible basis for another argument to prove the existence of God? Certainly, the idea of God, or a supremely perfect being, is one that I find within me just as surely as the idea of any shape or number. And my understanding that it belongs to his nature that he always exists is no less clear and distinct than is the case when I prove of any shape or number that some property belongs to its nature” (Descartes, Meditation V)

The main example he uses is mathematics, and specifically the concept of the triangle in geometry. Descartes argues that the concept of the triangle that exists within his mind, with all three internal angles adding up to 180 degrees, is something that has demonstrable a priori existence – it is something that is true by definition. He doesn’t have to observe a triangle in the objective world to know that triangles exist, just as he doesn’t have to physically see God to know that He exists. 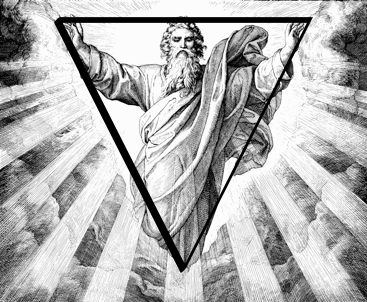 This raises a question: where do these clear and distinct ideas come from? Descartes suggests that they are in some way intimately connected to fundamental truths of reality. When he talks about having a clear and distinct concept of a supremely perfect being in his mind, he is implying that this perfect mental  concept is refracted directly from an actually existing God. For Descartes, the fact that we, as imperfect beings, can conceive of a perfect God suggests that God actually exists. Perhaps the concept of the Slenderman, or indeed any other folkloric entity, that exists within our minds is also a refraction from an actually existing entity? Maybe we are entering here into the archetypal territories mapped by Jung.

“By the name God I understand a substance that is infinite (eternal, immutable), independent, all-knowing, all-powerful, and by which I myself and everything else, if anything else does exist, have been created. Now all these characteristics are such that the more diligently I attend to them, the less do they appear capable of proceeding from me alone; hence…we must conclude that God necessarily exists” (Descartes, Meditation V)

This seems like a good point to end this exploration, at least for now. There is a lot more that could be said about the connection between the ontological argument and beings like the Slenderman. There are also major critiques of the argument from the likes of David Hume, Immanuel Kant and Bertrand Russell that would need to be taken into consideration, as well as more recent versions of the Ontological Argument, like Alvin Plantinga’s modal ‘possible worlds’ version. Perhaps I will get a chance to write more about these in the future. So, for the time being, we haven’t really gotten anywhere, but it was fun not getting there…

One thought on “Slenderman and the Ontological Argument”